Adventures, anecdotes and advice from three months exploring Buenos Aires
For 91 Days we lived in Buenos Aires. The capital of Argentina, and the home of tango, this is one of the world’s most vibrant cities, and we had an incredible time getting to know its culture, cuisine and people. Three months was hardly enough to properly explore all the neighborhoods, from San Telmo to Palermo, but we tried our best!
Whether you're planning your own journey to Buenos Aires, or just interested in seeing what makes it such a special city, our articles and photographs should help you out. 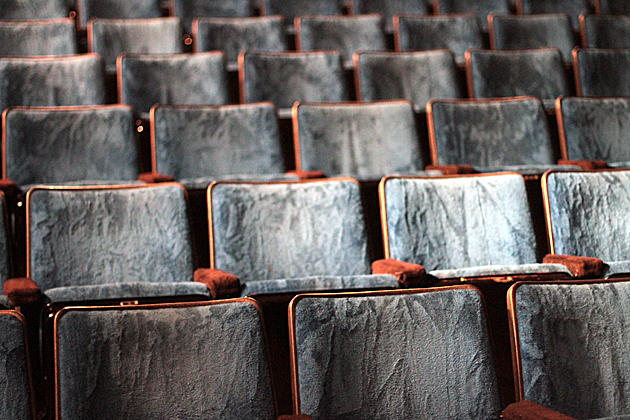 Buenos Aires has a booming film industry, so it's unsurprising that there are a number of awesome cinemas in the city. Here are a few that we've visited during our time in the capital. 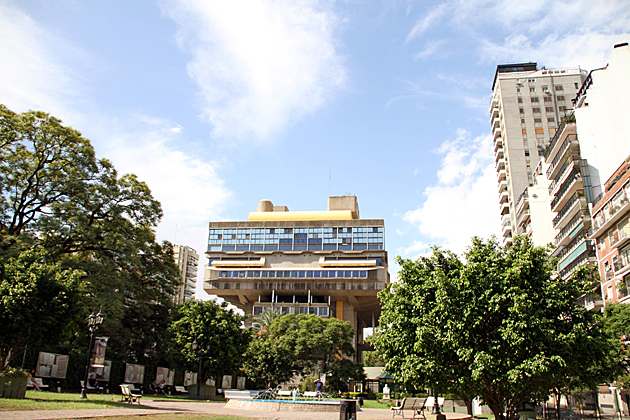 Surely the strangest building in Recoleta is the futuristic Biblioteca Nacional, a wildly modern structure near the staid Museum of Fine Arts. 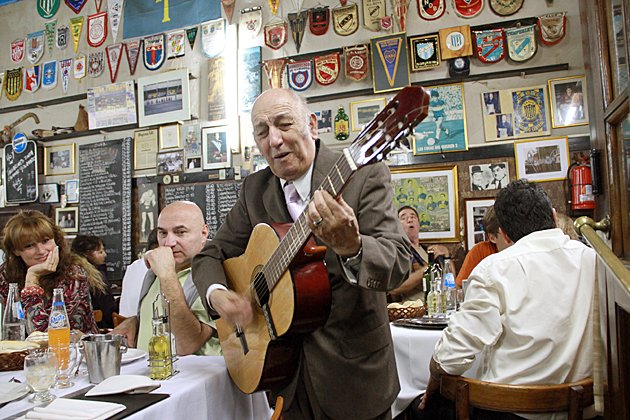 Without a doubt, one of the most enjoyable meals we had in Buenos Aires was at El Obrero, a classic bodegón in La Boca. 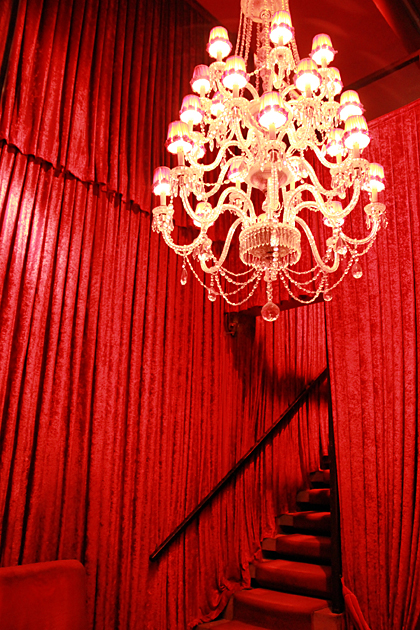 We were sitting outside at La Fabrica Del Taco, a popular Palermo joint serving up cheap Tex-Mex style fare, when we noticed something strange about the restaurant next door. It had the appearance of a fancy, exclusive club, with red curtains obscuring the interior, but every couple who approached the door looked anxious and slightly furtive, like kids about to put their hands into a cookie jar. I went to investigate and, after reading the menu, understood the nervously excited behavior of the people going inside. Te Mataré Ramirez is an aphrodisiac restaurant. And its menu is among the best things I've ever read. 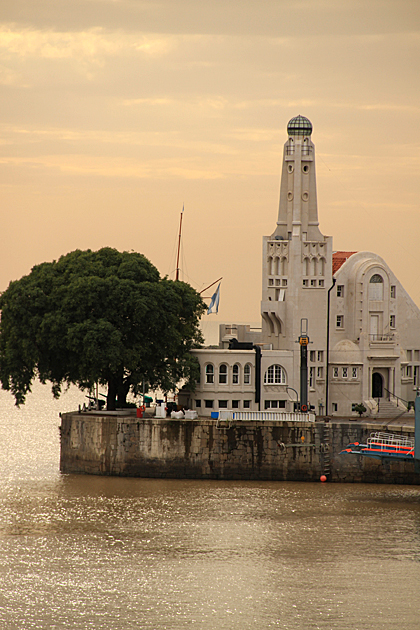 A visit to Colonia del Sacramento is one of the easiest and most popular day trips you can take from Buenos Aires. Cheekily referred to by porteños as the city's 49th barrio, Colonia actually belongs to Uruguay. We recently took the slow ferry across the river to check out this beautifully upheld colonial village. 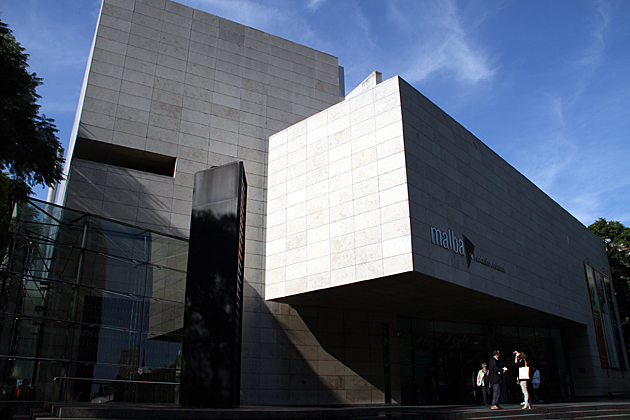 "Well, this sucks". We had just arrived in Mataderos, hoping to partake in the fun of its Sunday fair, but rain had forced its cancellation. Moping over a pitcher of Quilmes, we mulled over our options. "We're on the other side of the city, but how about we catch a bus and go to the MALBA?" 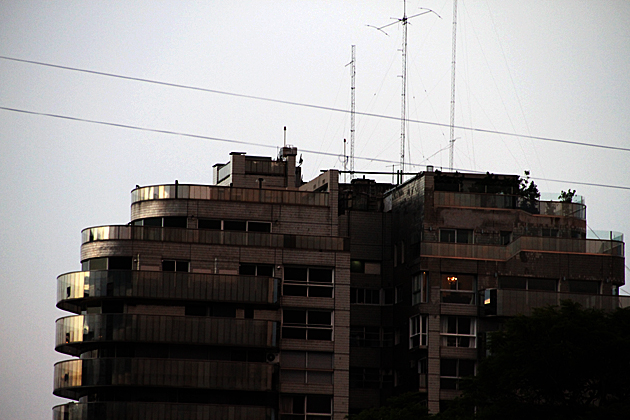 We arrived in Buenos Aires in the late summer, and as the season changed into fall, have seen some spectacular weather. The city is all cement and humanity, but the earth and skies never let you forget who's really in control. 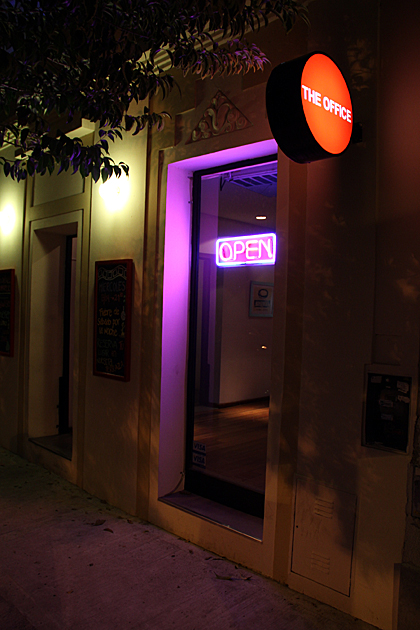 I'm not sure why a restaurant would want to call itself The Office: a word with horrendous connotations for most of humanity. When we lived in Valencia, Spain, there were two: The Office and La Oficina. And both were great! Almost as though they were trying extra-hard to prove that offices don't have to suck. Buenos Aires' The Office, in Palermo, adheres to that trend.

Continue ReadingGet Your Burger Fix at The Office 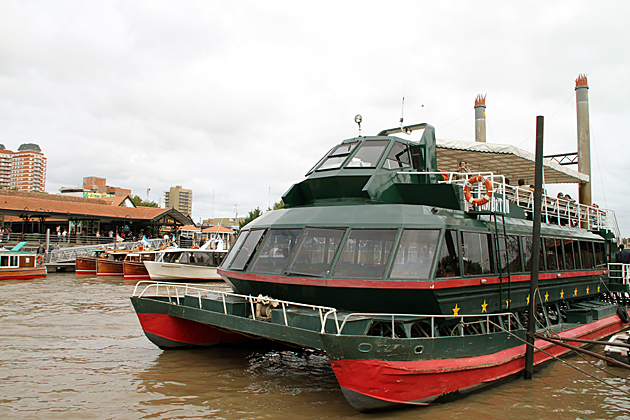 South America's second-longest river, the Paraná, begins in Brazil and flows south, etching out the border between Paraguay and Argentina. Before emptying into the Rio de la Plata, the river extends into a flood plain which reaches 200 miles in length and nearly 40 miles in width. The city of Tigre, with a population of 30,000, is found near the delta's end. 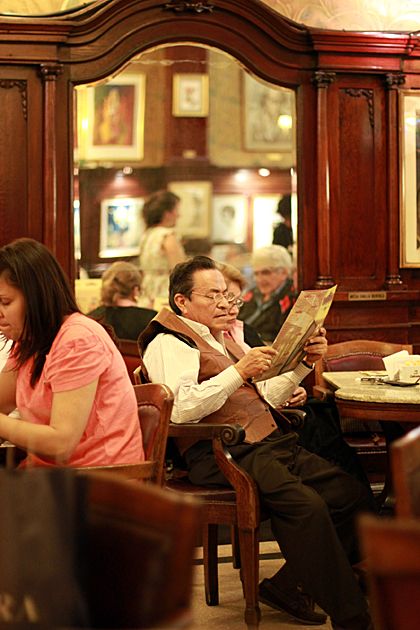 Buenos Aires' oldest and most famous coffee shop is Café Tortoni, just a few blocks west of the Plaza de Mayo. A gorgeous space which has been serving porteños since 1858, the café is usually toward the top of everyone's "must-see" list. For good reason.